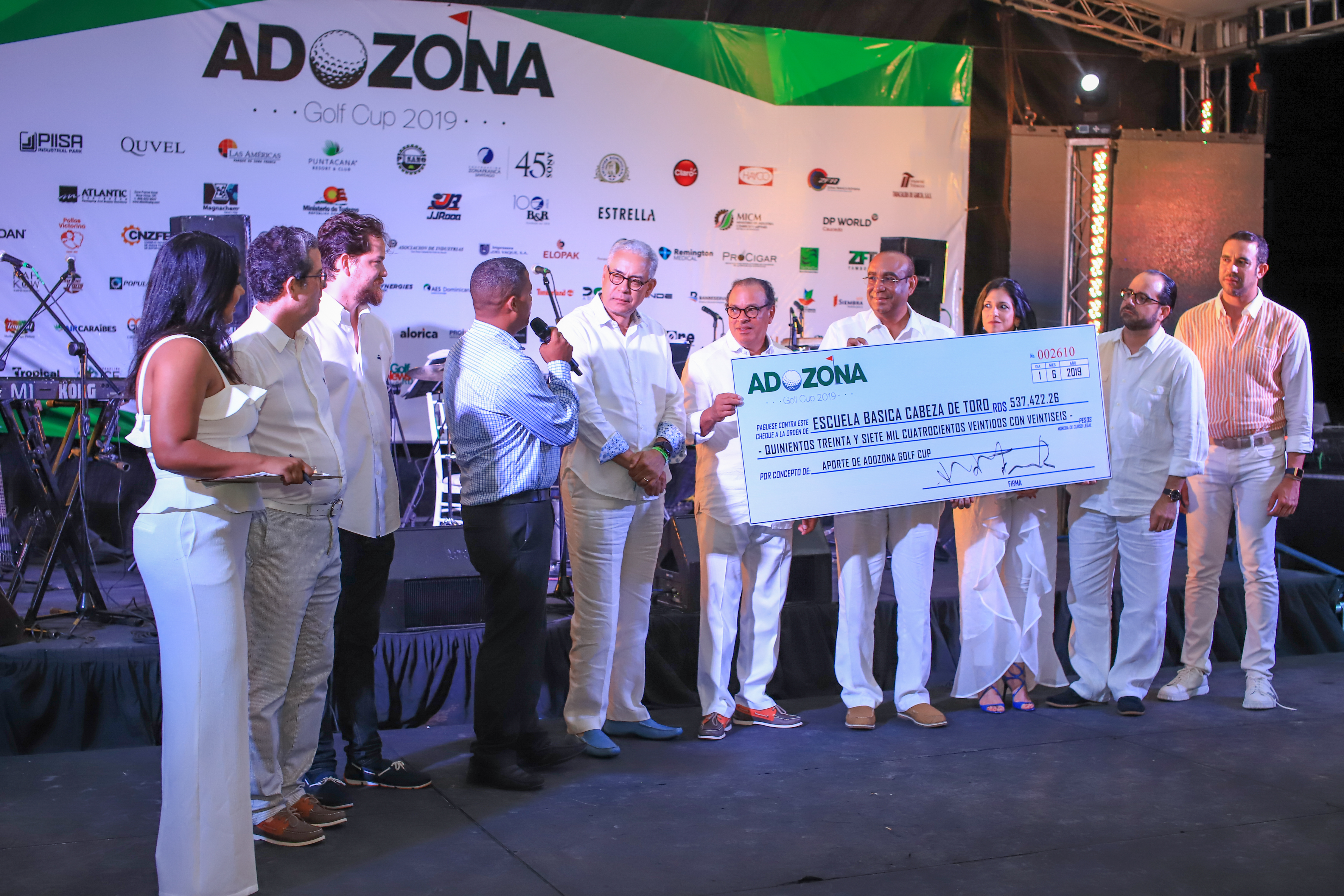 The School has a total of 280 students who receive basic education until the sixth grade of primary school and who are frequently affected by floods caused by rain, which affects teaching and puts the safety of students and teachers at risk.

The Association toured the Province of La Altagracia, especially in Verón and Punta Cana, to make the pertinent evaluations and determine the level of need that the different educational and social assistance centers of these communities have, and as a result determined that the Basic School of Cabeza de Toro is one of the most affected by its precarious infrastructure and lack of resources.

Each year, through the proceeds received in its traditional golf tournament, ADOZONA allocates part of its income to causes that have an impact on the well-being of the communities where the activity takes place.

On this occasion, the donation was made within the framework of the “ADOZONA Golf Cup 2019” award held at the Corales Golf Course in Punta Cana. The check was handed over by the members of the association’s board of directors, headed by its President, Federico Domínguez Aristy; as well as, José Manuel Torres, Executive Vice President; Pedro Manuel García, Claudia Pellerano and Ricardo Pérez, Vice Presidents, as well as Messrs. José Class and Frank Rodríguez.

For the School, Professor Carlos Luis Perozo, Director of the Cabeza de Toro Basic School, received his donation and expressed his gratitude to the Association for taking them into account and making such a fundamental contribution to teaching in said educational center.

“We will be eternally grateful for this donation because for us it represents a better future. The conditions in which the School is located does not allow us to teach as it should, with only fifteen minutes that it rains it is already flooded, this has also caused accidents in the classrooms with some teachers, ”said Perozo.

On the other hand, José Manuel Torres highlighted the importance of these donations made annually by ADOZONA, which are made possible thanks to the support of the different institutions and collaborating companies, as well as of the players participating in this prestigious golf tournament.

The Dominican Association of Free Zones is the business organization that represents parks and free zone companies in the Dominican Republic. It is a non-profit, non-governmental entity, made up of Special Free Zones Companies, Free Zones Business Associations and Private and Mixed Industrial Park Operators, located throughout the national territory.

Sorry, this entry is only available in European Spanish.
Read more
2021 17 May

Sorry, this entry is only available in European Spanish.
Read more
Diseño web